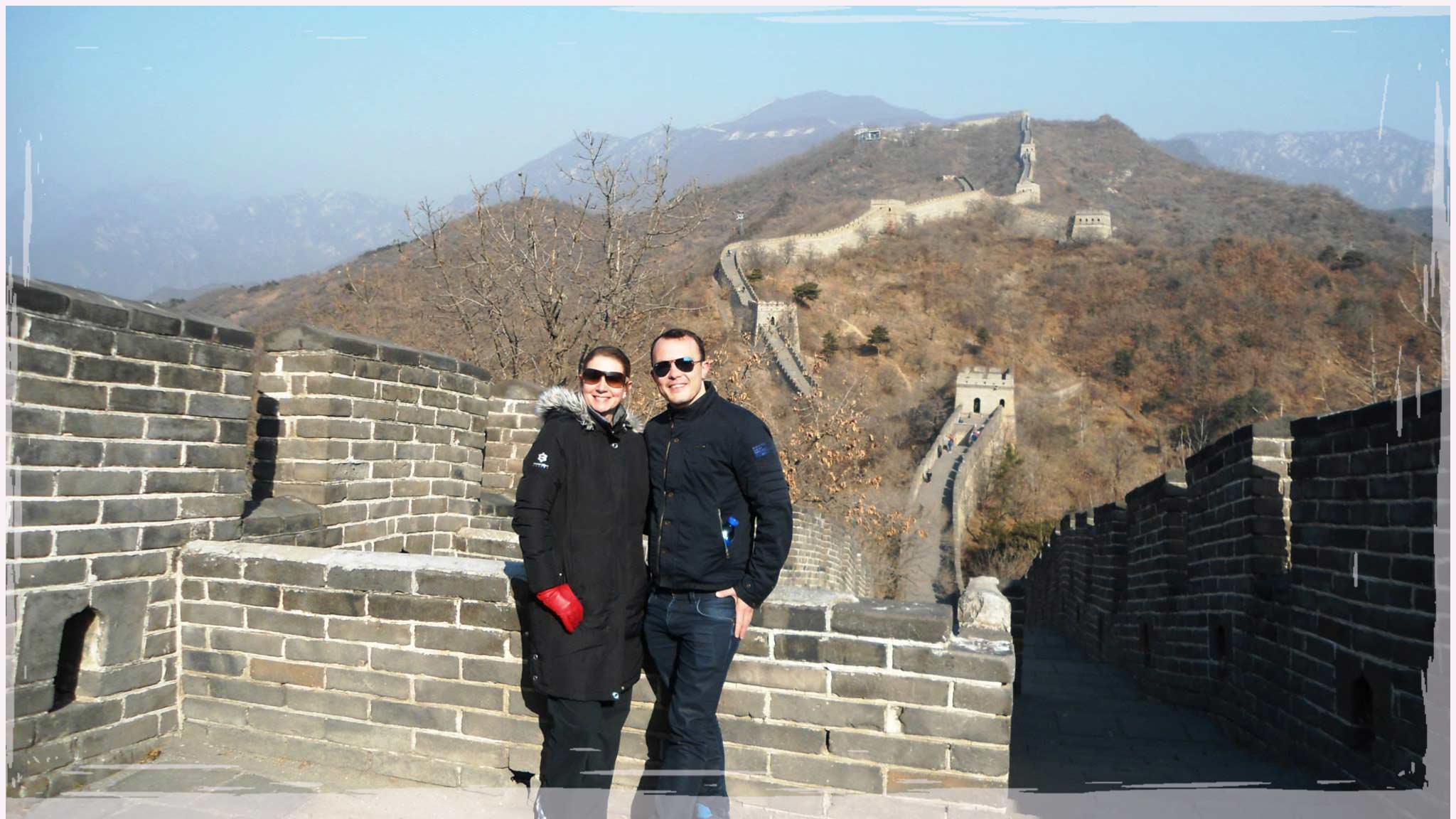 If you follow my channel you know I lived in Beijing for a short time.  It wasn’t as much time to go travelling around China as I would have liked but I stayed long enough to know that it’s one of the most exotic places to visit if you like ancient culture with a modern twist. China has fast become a dominant force to be reckoned with on the global stage and it still remains a far-off land that most everyone dreams to visit one day.  The food is out-of-this-world divine, there is loads to see and do, and it’s so expansive and diverse in its tourism offering that there is literally something for everyone in China.  Here are my TOP 3 destinations, one I’ve been to and two others that are on my bucket list to visit on my next trip:

1. The Great Wall of China

If you’re visiting China, the Great Wall is a must-see. Originally built to protect China from nomadic invaders, it’s now a living museum to a world gone by … and an Instagrammers DREAM!  I went with a dear friend of mine named Ivan, who was my neighbour for years when we were both expats in Barcelona. We hit it up at the second most popular entry point from Beijing called Mutianyu.  It’s a much quieter section than most and takes a bit longer to reach it but it’s absolutely worth the extra time to get there.

Here’s my pro tip for wandering the Great Wall: leave early!!  Ivan and I left Beijing at around 5am and we were the first ones in queue to ride the cable car up to the wall.  That means we were the only ones (or one of the only ones) to have zero other humans in our photos.   That early arrival made all the difference in the world.  Then, when you are ready to leave, ride the very cool toboggan ride down to the bottom.  Seeing the sights from atop the wall is one thing, but speeding down the mountains with the wind in your hair is something else!

Yangshuo is located near the famous city of Guilin in Guangxi.  This is a popular travel destination with both locals and foreigners because of its truly picturesque natural beauty. Surrounded by mountains and winding rivers, Yangshuo’s pretty city is a wonderful place to get lost in, and home to some truly stunning temples.

From what I know working with travel companies and from every single photo I’ve ever seen, the most memorable experience I’m looking forward to is taking a cruise down the Li River. Or better yet, finding a traditional fisherman who fishes with birds to let you tag along on his raft!  This is the best way to really get to know the rugged beauty of this part of China. The exquisite Karst Mountains also look like something out of Avatar.  They are dramatic and magical, mesmerising travellers as they float along the calm, blue waters of the Li River.  It’s #1 of my bucket list because it’s a once-in-a-lifetime experience.

Next to the Great Wall, this is the most famous attraction in China to visit. Discovered in 1974 by farmers digging a well close to Xian, a visit here will showcase both the famed Terracotta Warriors as well as the tomb of China’s first emperor, Qin Shi Huang. I imagine that the Warriors themselves are simply stunning to see in person.  It’s wild that each one has its own stance and appearance.

Where else in the world can you stand face-to-face with proper army in miniature?  There are different ranks of soldiers and there’s authentic weaponry from the period. It is believed that Emperor Qin Shi Huang ordered their construction.  He was apparently a superstitious character who chose the Mount Li location in Xian for its auspicious geographical location.

China is a land of wonder and mystery

My bucket list of hotspots are just three of the fantastic places you could visit in China. This wonderful country has such a long history and such an ancient culture that you could travel to China for a year and still not everything you should. I loved the short time I lived in China and absolutely recommend it for anyone looking for a truly exotic escape from everyday life.

Tags: china travel blog, where to visit in china