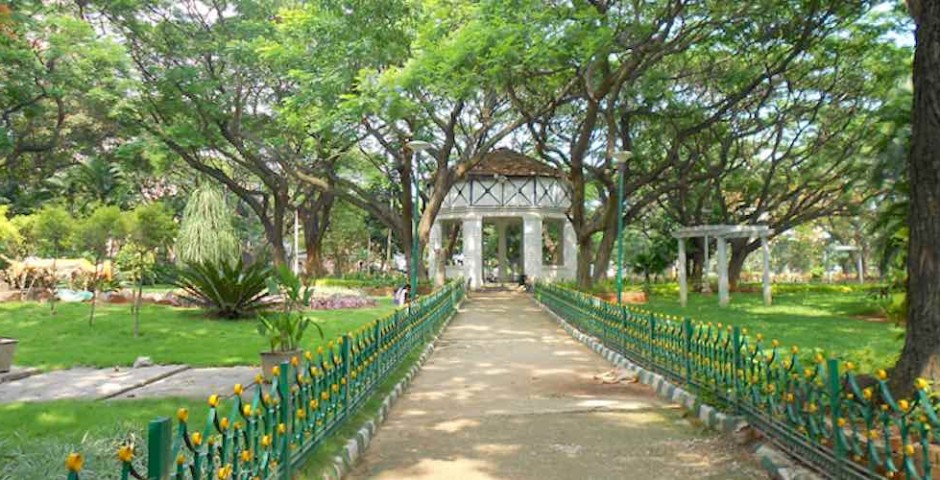 Today was a highly stressful, painful and massively life changing day…for Jolie and Saffie, our cats.  I took both of them in to the vet at CUPA (www.cupabangalore.org) to be spayed.  This is something we have talked about doing for a while but finally decided it was a really good idea now that we are in Bangalore and there are so many stray animals all about.  I took them in at 9am and at 12pm they were done and ready to go home.  My heart really went out to them.  Poor Jolie (the white one with the cow spots) has had significant adverse effects to the anesthesia since we arrived home and poor Saffie was drugged up and unable to walk most of the afternoon.  Hope they recover quickly.

Due to the cat’s surgery I worked from home in the afternoon and it gave me the – strange but true – opportunity to check out my local neighborhood park.  You see, my job here in India is with a company in an industry in which I have never worked so today my to-do list consisted in reading a stack of industry reports about 5 inches thick.  So when the kitties settled down for a nap, I took a stack of reports and headed over to Richard’s Park, which is my friendly neighborhood park that borders our flat.  I could never have imagined how truly stunning and lovely that park is inside, from the way it appears on the outside.  It was a real pleasure to go in and experience one of the many reasons that Bangalore is nicknamed the Garden City.

Now, let me set the scene and give you a bit of background.  I live in the smallest town within Bangalore called Richard’s Town.  The main balcony in our flat basically sits along the same horizon line as the tops of the trees in Richard’s Park.  With that come some good benefits and some pretty crappy ones, too.  The view is amazing from the balcony; it is really something quite special in my opinion.   From sun-up to sun-down we hear the sounds of a variety of birds that either live in the park or spend their waking hours there, which is a nice break from the horns and autos.  And we don’t any neighbors in plain sight of our flat because we are literally right up against the park.

So what sucks about living alongside the tree line at Richard’s Park?  Well, whenever the wind picks up we have the little leaves from the (lovely) trees blowing right onto our balcony.  And every day when the sun comes up we have a family or two of birds that cry like the devil…who I have lovingly named the Richard’s Park Devil Birds, haha.  Today at the park I actually met a couple of the devil birds, shared my displeasure in their early morning antics and tried to come to agreement on a new morning song plan.  We’ll see how things go tomorrow.  I also saw some lizards and snapped photos of what was either a really cute chipmunk or a squirrel without a bushy tails.  But either way she was super cute!!!

Luckily I had read an article about the park so I knew there was an entrance fee but I was very pleasantly surprised to learn it was only 2 Rupees ($0.04).  So I paid my entrance fee, walked to the back of the park past a lovely white gazebo and found myself an empty bench to occupy for half an hour.  The tranquility and the feeling of being in another world were incredible.  Who’da guessed that the inside of the park would be soooo different to what I thought it was from the outside.  I mean, the park is not large, but it was truly an oasis.

There were some families there mid-day and a few girlfriends out catching up together… but for the most part the benches were occupied by couples.  It was lovely to see romance in the air right in my own little back yard.  Some of the couples were older.  Some were younger couples who had an older woman as a chaperone.   There was one couple in particular that caught my eye because the woman was obviously so in love…she walked in a way that reminded me of a woman dancing the tango, sort of sliding along.  And she also kept reaching out to touch leaves and flowers as she passed by them.  I wonder if they were on a date or maybe recently married…hmmmm.

So there I was, my pink highlighter in my hand going over industry reports and extracting data and information that seems useful to me.  I was enjoying my sweet lassi (yoghurt drink) and reading my reports when I looked over at the bench next to mine where a guy was already sitting when I walked up.  This big, hefty guy had made himself really comfortable and taken off his shoes.  And as I glanced over at him I realize that he has completely turned my way and is now sort of lounging across his bench staring straight at me, haha.  Not just looking like I was doing — which was more glancing in his direction.  No no, Mister Pervert was in it for the long haul, haha.  He was blatantly staring at me and didn’t even make a polite attempt to look away when I glanced over.  What the hell?  haha  I checked back a couple of times and he just kept on staring so I played the “you are dead to me” game and pretended he didn’t exist!

Well…now I have PARK FEVER!  I can’t wait to go explore more of Bangalore’s gardens and parks.  And I would highly suggest that you go visit a new park this weekend!  But I do have just one favor!!!  Please don’t come to Richard’s Park, that one’s mine and I don’t want it to get too busy  😉