Is it possible to blow one month’s salary in one night? Hell yes it is. I’ve seen it in Las Vegas more than once and it is never a pretty sight. Whenever I saw the Vegas ‘blow’ amongst my friends the loss was around Rs. 2.5 – 5 Lakh ($5,000–10,000) in one night of passionate gambling. It’s insane and you never really want to be with that particular friend on their return trip to reality. I’ve seen it here in Bangalore at private parties, too. A couple of my friends really love to play poker and on several occasions I’ve seen them win and/or lose around Rs. 80,000 ($1,600) over the course of a couple of hours. This is a pretty frequent thing at after-parties all around India, I’m sure.

Money isn’t something that pre-occupies the majority of my friends in India and truth be told I’m rather jealous of that. It flows in excess rather freely in my day-to-day life here in Bangalore – more so than it did in Spain, that’s for sure. Yet as I say that I am also surrounded by hundreds or thousands of daily reminders that money IS indeed an all-consuming preoccupation and issue for a tremendous amount of people in my new home country.

The fact is that this is the first time I’ve ever resided in a country where the divide between rich and poor is so vast and so openly obvious. The disparity in salaries and income levels between people is shocking and horrific at times, given how hard working people are here in India. Dishwashers, street sweepers and housekeepers who sweat and toil all day in extreme conditions earn on average around Rs. 3,000 per month ($60) whereas top-level executives at tech and FMCG companies earn various Lakh per month ($5,000-10,000), not to mention the oodles and oodles of millionaire and billionaire entrepreneurs and industrialists who India has bred so successfully and who need never worry for money ever again.

Lately when I’m out and about in Bangalore with friends I have grown increasingly aware of the fact that – although we are not blowing our monthly salary in a night – that we are blowing the monthly earnings of say, for example, a fresher at a BPO company. It’s tremendously easy for two people to spend over Rs. 5,000 ($100) on dinner if wine is ordered with the meal. Romantic dinners for two with Champagne and aperitif cocktails at the 5 star hotel restaurants in Bangalore can easily run upwards of Rs. 10,000-15,000 ($200-300). It is what it is. And regardless of what some people think or want to believe, this IS real life for a certain percentage of the population here in India. 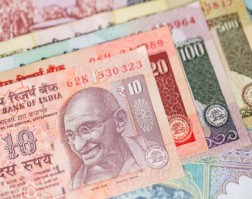 Company owners and entrepreneurs, politicians, executives and expats working in India – not always but quite often – have the advantage of earning a tremendous amount of money in comparison to the standard monthly earnings of an entry-level corporate position or BPO job, someone who works in construction or tourism, or a domestic worker. I speak from experience when I say that expats live in buildings with amazing amenities and have full-time drivers and housekeepers on staff. For me personally, this is something I couldn’t have afforded back in Spain or California.

And why? Again speaking only from my experience as an expat marketing executive living in Bangalore, one of the primary reasons is because we bring international market experience to India that most companies need in order to grow across new territories. It’s impossible to understand the marketing and business development mentality of the EU, US or LATAM countries without having worked there, so in one respect we do hold an equitable appeal for companies breaking out into international waters. It’s the same as for EU, US or LATAM companies who are trying to break into the Indian market. They really need an experienced Indian professional to help with the idiosyncrasies of the market in order to succeed sooner in unchartered waters.

So expats arrive in India. And Indian industrialists and executives continue to prosper. And more frequently than not, they’ll drop the equivalent of domestic staff worker’s monthly salary in one night on food and drinks. And personally I am feeling a bit guilty.

The divide between the lower- and middle-class income segments and the rich or even just simply the expat group is like night and day. I know that I can’t change things here in India but it doesn’t stop me from realizing just how unfair it is. Maybe unfair isn’t the right word. I worked my ass off to get where I am today. But I had advantages. Some were obvious advantages but one of the main reasons that I am who I am and that I have what I have today is because I have a Mom who is a real go-getter and an original ‘power girl’ who told me I could do whatever I wanted in life and who picked me up when I fell and then always encouraged me to dream higher.

But, again, like the skewed Rupee dilemma, not all women have those advantages either. Lots of women in India have absolutely loving and wonderful parents who basically opted to set them up for married life instead of nurturing their career ambitions. From the outside looking in, this system does seem to limit a woman’s life options and definitely limits her earning potential later in life if needed to what equates to a night out at Skyye or dinner at Blue Ginger at the Taj West End.

I’m sure that salaries and wages will change eventually. But at the moment the equivalent to a month’s salary for many will still be blown all over town every night and it is a bit disturbing. Maybe let’s just baby step it and first fix the salary of our housekeepers. That would be a huge step forward!!

The Experience of My First Indian Wedding

Weekend Getaway to Chennai, India: Holy COW It Is HOT-HOT-HOT