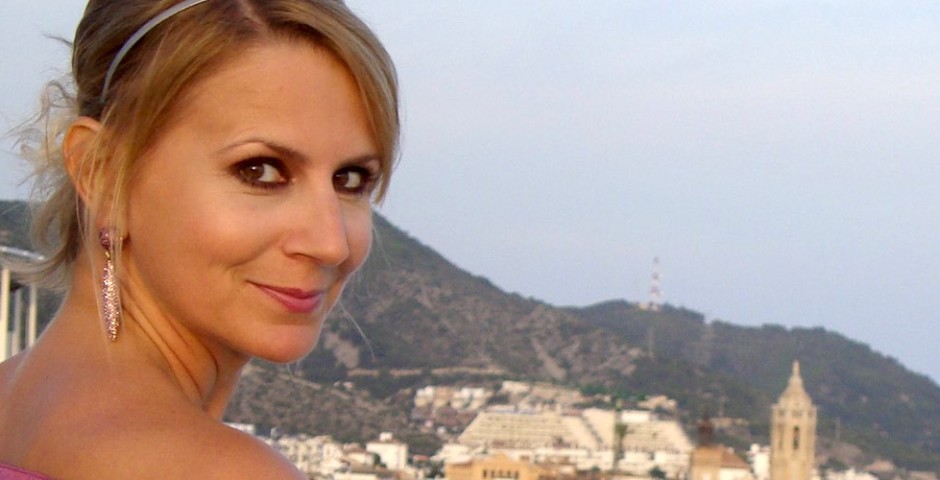 Believe it or not, last week I went on my first date since December 2009.

Every time I say that – or in this case, write it – it looks shocking to me but somehow it really doesn’t bother me. Back home in Spain, I had such amazing friends and such a great time just hanging out with my daughter that I never went out looking for a boyfriend. And to be fair no one was beating down my door in Spain either. I mean I am 40 years old so not exactly a spring chicken, am I? Yet here in India my age doesn’t matter and I have more attention being paid to me by men than I have in a decade! Definitely more attention than I want. And generally speaking, I have a feeling that it’s not for my personality and brains but because of my fair skin and blonde hair and – let’s be honest – in part because of the perception that Indian men have about western women.

I find it so interesting that there are still chaperones to accompany young people on dates today. The first time I saw this “live” was in the park here in front of my flat. I was sat on a bench people-watching and the cutest young couple walked past me, appearing very much in love and moving quite slow while they looked at each other and talked…followed closely by someone’s grandma!! I assume it was the girl’s grandma accompanying them to ensure that no hanky panky went on because she was eagle-eyeing them the entire time and was never more than three paces behind them. I don’t even think my Mom’s generation still had chaperoned dates so this is something completely foreign to me yet I bet 100% effective in keeping hormones at bay 🙂

So far in my limited experience of three dates with one man, it seems to me that Indian men enjoy being gentlemen in what for me are the “old fashioned” terms. This includes collecting a woman at her door for a date, holding doors open for her, paying for the date, and ensuring that the woman is taken care of whenever they are together. As I mentioned earlier, I didn’t date much in Spain. But back in Los Angeles things were very different. Women drive to the date and meet the man and when the bill comes, the cost of dinner or activities would commonly be split 50/50. Men there still like to ensure that the women are happy and taken care of, but that feeling of chivalry didn’t seem as strong in California as it does here.

Obviously I have zero hands-on experience with a relationship in India but what I do know without a doubt is that relationships are taken much more seriously here than in Spain – and they are fundamentally different from the U.S. In Spain, the divorce rate is relatively low compared to the U.S. which boasts the highest divorce rate in the world. Relationships in the U.S. can begin and end so quickly there are even drive-thru wedding chapels in Las Vegas! Yet here in India, this country has (I think) one of the lowest divorce rates in the world at just 3%.

When I first arrived and started to learn more about arranged marriages I was fascinated. I originally thought that this was a practice employed more in rural areas but it is commonplace in all areas – rural and urban – and between upper, middle and lower-class families alike. A friend told me that close to 70% of all marriages today are still arranged marriages. And from what I understand the arranged marriages have a much lower divorce rate than “love” marriages. My only doubt with all of this is if people are genuinely happy, which is why they stay in their marriages or if there would be such a stigma placed on the family by the shame of divorce that this alone inspires people to stay married even when they are not happy.

I detest the fact that because Indian men consider foreigners “easy” that they will hit on us ex-pats purely in hopes that they might get lucky. But generally speaking, it is true that white girls are easy when compared to most Indian women.

I am still shocked whenever I learn that one of my Indian friends, especially a male friend, was a virgin until they were 24, 26 …28 years old. Honestly, I just can’t imagine it. Where I grew up in southern California, if you entered university a virgin and people found out about it you were ridiculed. However, after living in Spain off and on now for the past 18 years I appreciate and respect the value system there much more than where I am from. Kids in Spain are much more responsible than in the U.S. and they typically wait until they are in university and more mature to start engaging in intercourse.

I do realize I might be crossing the line with this subject today and that sex is a topic that is not supposed to be openly discussed …but that seems to be changing. There is a new Indian talk show that is all about sex that recently started and I’ve seen blogs on the major Indian newspaper websites that are all about sexual topics. So does this mean that attitudes towards this topic are also changing? It could be! My single Indian friends all seem to have an open and playful attitude towards it. But even with that open attitude, I know there is no way on the planet that a single one of them would ever discuss this with their families! Haha. So it’s probably safe to say that there won’t be a sexual revolution happening anytime soon in India …but you never know.