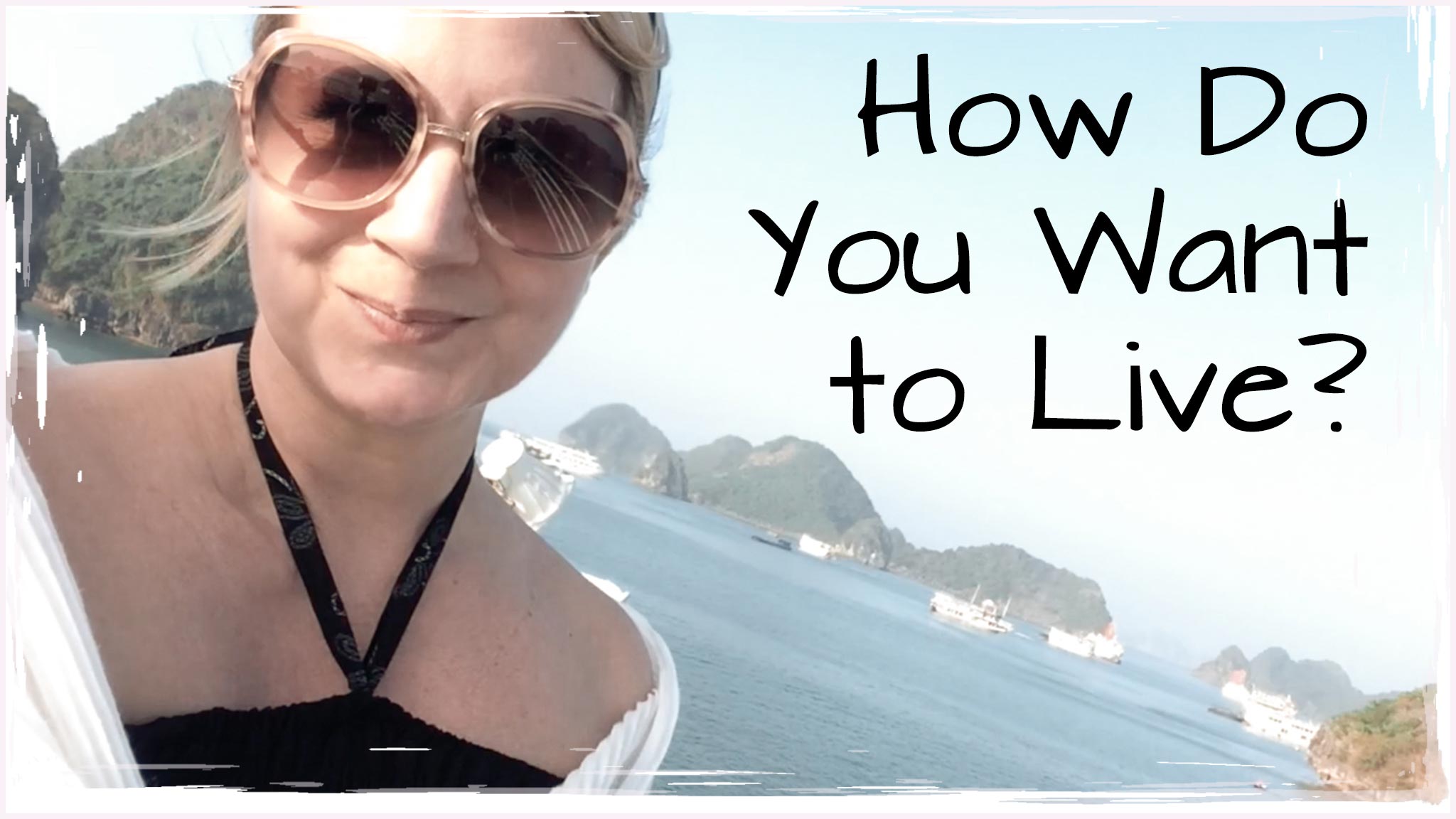 I’ve been an expat, an immigrant, a digital nomad, and location independent.  The first time I moved abroad was 28 years ago.  The year was 1991 and I dropped out of the University of Irvine in California and drove my Jeep Wrangler down to Puerto Vallarta, Mexico.  I had a job lined up, a very cute boyfriend named Daniel, and a safety net of friends who I had met on a recent holiday there.  My 2nd move was a year or so later … again from Newport Beach, California but this time to Barcelona, Spain where I knew no one.  After that it was Spain again (long story), then India, China, Hong Kong, and I’m now using Kuala Lumpur, Malaysia as my home base.  I’ve been legal, illegal, rolling in the dough, completely broke, safe, in peril, and every other contrast you can possibly imagine.  And I’ve never regretted a single bit of it.

If you’re thinking of setting off a new adventure in your life and wondering how to get started, please do stay tuned to my channel because that post is coming next.  In this one, we’re looking at the differences between expats, digital nomads, and someone who is location independent.

What is an Expat or Expatriate?

The most understood definition of an expat is a person from a high-income country voluntarily relocating to a foreign country.  An expat is someone who settles into a new country as a contributing member of society.  In most circumstances, expats already have a job lined up upon arrival or have been approved for a “2nd home” type visa if they are moving there for retirement.  Expats pay taxes in their new home country, they setup some type of roots (even if that’s just condo leases and mobile service contracts), and they generally try to acclimate to their new host country by learning the language and/or following cultural norms there.

Someone living in a country without a visa would definitely fall outside the norm of the average expat.

I won’t go on a rant here but please also read a piece I shared a few years back, written collaboratively with expat friends of mine, where we discuss unfair white privilege and the expat versus immigrant terminology.  For me, and in unfair contrast, an immigrant implies a person relocating from a developing country to a more developed country, often for economic reasons.  However, expats – in my opinion – are also people who choose to leave his or her home country to work and/or live abroad to improve their life.  I don’t see a difference personally.

What is a Digital Nomad?

A digital nomad is someone who has left his or her HOME behind and is travelling full-time while also working remotely.  This person travels on a tourist visa and does not pay taxes in any of the countries where they are working.

Differences Between a Digital Nomad & an Expat:

What is Location Independent?

Someone who is Location Independent is like me now. It basically means that a person has created revenue stream/s or a business model that allows them to work from anywhere.  That means they could work from home or could travel, which is the biggest difference to a Digital Nomad who is constantly on the go.  They can be a Digital Nomad or an Expat – or neither of those things!

For me, this is the best of both worlds right now.  I don’t have a desire to be chained to a desk job as a proper Expat because I love being free to travel on a moment’s notice.  However, in that same breath, I don’t miss the months I spent living out of a single suitcase as a Digital Nomad either.  I’ve been an expat in Mexico, Spain, India, China, Hong Kong, and Malaysia.  I’ve been a digital nomad in Southeast Asia.  And now I’m Location Independent with a condo contract in Southeast Asia and I couldn’t be happier!  At least I don’t think so 😉  But never say never, right?

Whether you want to break away from the 9-to-5 lifestyle, expand your horizons by waking up everyday to new adventures, or simply need to find yourself again … I believe that moving to a foreign country is one of the best fixes to those problems.   Living as an expat can definitely be the least stressful of the above three options but there is value in them all so figure out which fits your budget, your timeline, and your passion … then GO GO GO!

Expat Life: Choosing the Best Country For You