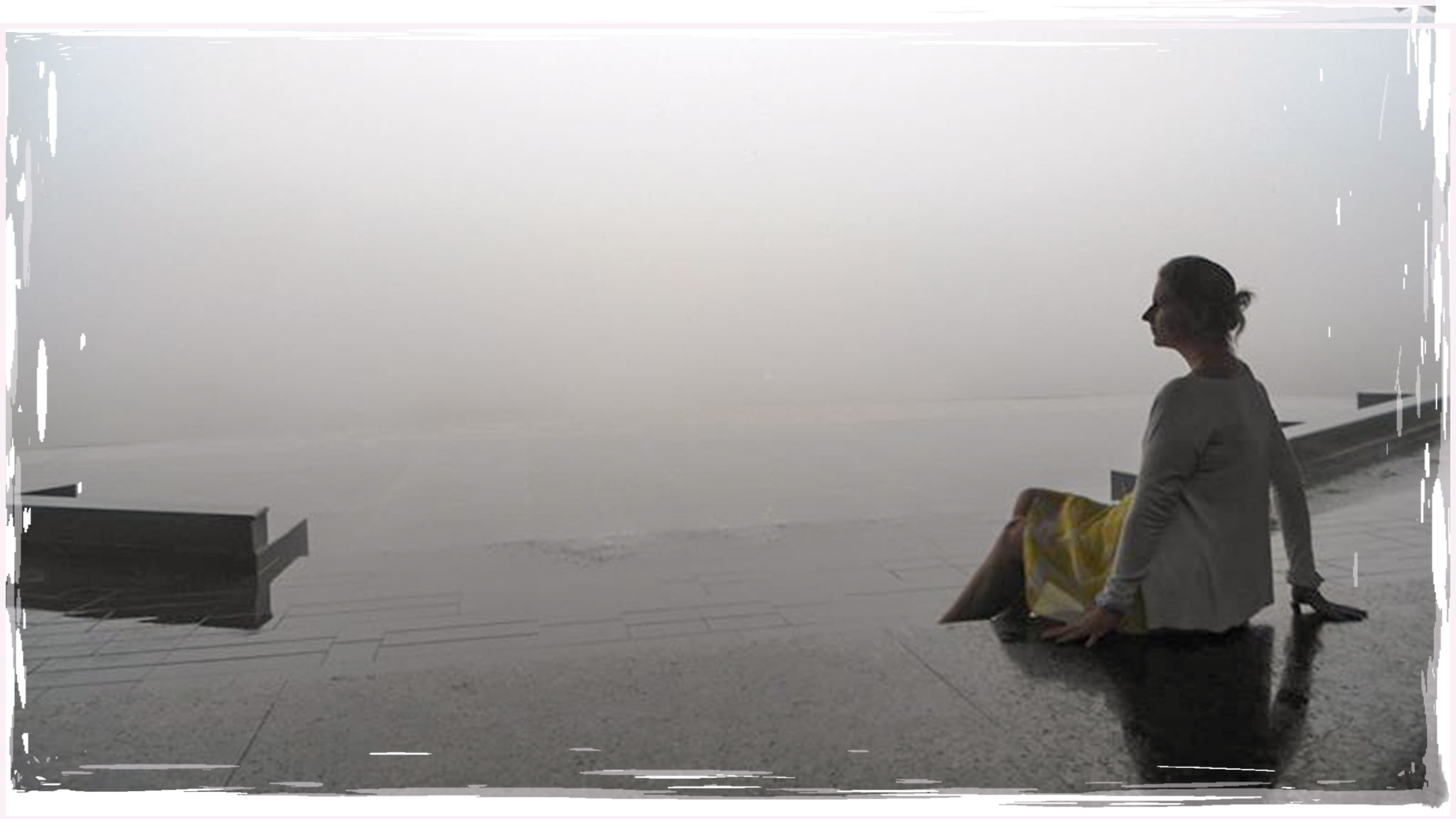 If you want to read a brief description and see pics as I went from an illegal immigrant to legal immigrant, then expat to digital nomad, click here. I’ve set it up as a sort of timeline 🙂

I’m not proud of it, necessarily. It is what it is and I can’t change it. But the fact is that the life I lead today began with me living as an illegal immigrant, or at least illegally. Not in one country or two … but three!

Most of the time I view my start to living abroad as adventurous albeit short-sighted. I left the USA without a plan. It was 1991 — I lived in Newport Beach, California and I attended University of California, Irvine — but I wanted to explore the world. The life I was trading uncertainty for was something millions of 20-year-olds around the globe would swap for in an instant but to me … I wanted to escape it.

There were a few things that made this easy for me and it may surprise you that none of them was money.

In fact, until my 30s I rarely had money left over at the end of each month and back then I’d need to save up for a whole year to go on holiday.

First, the simple fact that I was born in the U.S. was like an automatic, preemptive “step up” in the world in many ways. Well … that and the fact that I’m white and look a certain way. ((please know I’m not saying this in a boastful way, it’s just … somehow in our society these things matter and again I was lucky, that’s all))

Together, that was a trifecta of good luck. None of those things had anything to do with my character, work ethic, morals and values, nor if I was a good person, which is completely unfair. But life is inherently unfair and those were the cards I was dealt.

So I left the comfort of uni life and drove my Jeep Wrangler from Cali to Puerto Vallarta, Mexico. And that was the start of a lifetime of yearning and wanderlust.

Getting A Taste Of The Exotic

In California, the legal drinking age is 21. But that’s not the case in Mexico, which borders California just a couple hours from where I grew up. So as a teen, I used to tell Mom that I was sleeping over at a friend’s place when in reality my friends from our church youth group and I all drove down to Tijuana to go drink and dance the night away.

Everything was different in Mexico. The language, the way people dressed, the neighbourhoods, the food … it was an intoxicating mix of culture and adventure that made my spirit soar. Nothing was familiar and everything felt new.

It was 22 years later when my daughter would best define my feelings at that time. We had been living India and she had just flown the nest and moved to the UK to start uni. We were catching up shortly after her move when she summed up decades of my sentiments in one phrase. She said, “I miss living somewhere exotic.” And that was it. Mexico was exotic and enticing and it lured me into a life that was the opposite to what I could live back home and turned me into a serial immigrant, expat, and digital nomad.

Nothing Is Ever Perfect

I only ended up living in Puerto Vallarta for two months. It was a dangerous place for a single white girl to call home. By day I worked illegally, taking American tourists up to Punta Mita to surf. It cost me $1 to rent their board and I charged them $20 each so I really only needed to work once a week to have enough money for rent and to party night after night. There’s a Four Seasons and St. Regis on that beach I used to take them too now, but back then it was a hidden gem with no hotel in sight.⁣

I stood out like night and day there —  a white girl in a Jeep Wrangler with California plates. But I was never profiled by the police or asked for documentation. Which I can’t imagine would be the case if a brown-skinned person suddenly showed up in an all-white community. I was somehow given a pass.

After 6 weeks of living blissfully, in the span of 2 weeks I was almost raped in my apartment and then later I was shot at and attacked by bandits on a mountain road. I didn’t tell my parents about the first incident. I thought I could get over that myself with a therapeutic road trip haha. Well, that road trip obviously didn’t turn out as I had planned. Hence the second incident.

Within a year of returning to Cali, I saved up enough money for a 1-way ticket to Europe — which I had deemed safer than heading south again. I started my adventure in Amsterdam but it was too cold there. France was too expensive. So after a few more cities, including Pamplona, I ended up settling in to a lovely seaside village just south of Barcelona, Spain, called Sitges.

I worked illegally my first year there. Luckily that was before the days of limited visas and having to do “visa runs” so I lived there until I ultimately became a legal immigrant. Again, in all that time I spent working illegally, I was never harassed by the police like other women and men in my same exact circumstance who were born in Morocco, Tunisia or any other country on the continent of Africa who had landed in Sitges. I was given a pass.

Spain is still where my heart calls home. My daughter was born there and I had no desire to ever leave. That is what differentiated me as an immigrant back then, and not an expat.

Lots of people try to label an immigrant as someone ‘brown or black” and an expat as someone “white” or from a first-world country but that’s a bunch of bullshit.

There is a very specific definition as to what makes someone an immigrant vs. an expat and that is intent. An immigrant intends to live somewhere permanently. An expat declares to be passing through. Maybe for weeks or months, maybe for years. But their intent is to leave at some point.

India is the first country I lived in as an expat, that was 2011. I moved for a job and never intended to stay forever. I also didn’t intend to be deported twice and ultimately black-listed from the country over a paperwork error but that is India and that is my legacy there. I’m hoping to return one day and see old friends and travel more but … that’ll have to wait for now.

Although, truth be told, I lived again as an illegal something in my mid-40s!! I wasn’t an illegal immigrant really because I never intended to stay but an illegal immigrant is probably the best way to describe me. When I moved to Malaysia, the company I moved for hired me without filing the legal paperwork first. Then the job didn’t work out. So I ended up living for a few years in Malaysia by travelling around Asia a lot and having enough “visa runs” to stay legal, albeit suspiciously legal for sure. I was corralled into airport and border crossing immigration rooms a few times.

It was a dodgy existence but I really loved Kuala Lumpur. I had friends there who felt … real to me. And I loved the city. But in the end I couldn’t find a legal way to live there so I left.

But every time I was pulled aside by an immigration officer I was given a stern warning but always allowed into the country. No one ever put a “final entry” stamp on my passport. I knew what I was doing was legally a loophole, they knew it, but because my passport cover said USA I think I was given a bit of a pass.

After a few months of living as a digital nomad around Southeast Asia in 2019, I’ve finally settled into — legal — expat life again in Indonesia. I’ll admit that the island I’ve moved to is the single hardest place I’ve ever lived. Don’t get me wrong, it’s pretty and I love my apartment … but it’s a tiny island so making close friends is tough. Really tough.

At times I feel like I could be happier on Bali but most of the time I see the beauty of the island I live on and — truly — it’s where I’d love to write my first book.

On ANY given day, I am grateful to be living somewhere exotic instead of tethered to a life in America that would never have made me happy. I don’t mean this as any disrespect to my friends or family back home, or to anyone who sees America as a dream destination, it’s simply not the dream for me.

My dreams live in the unknown. In the exotic side of life that will always be a surprise.

And while it’s completely unfair and not based on merits that matter, I am 100% certain that living this unpredictable life is made much easier by having a U.S. passport and being white.

Insane World of Food Blogging: or Why Some Amateur Food Critics Are Idiots