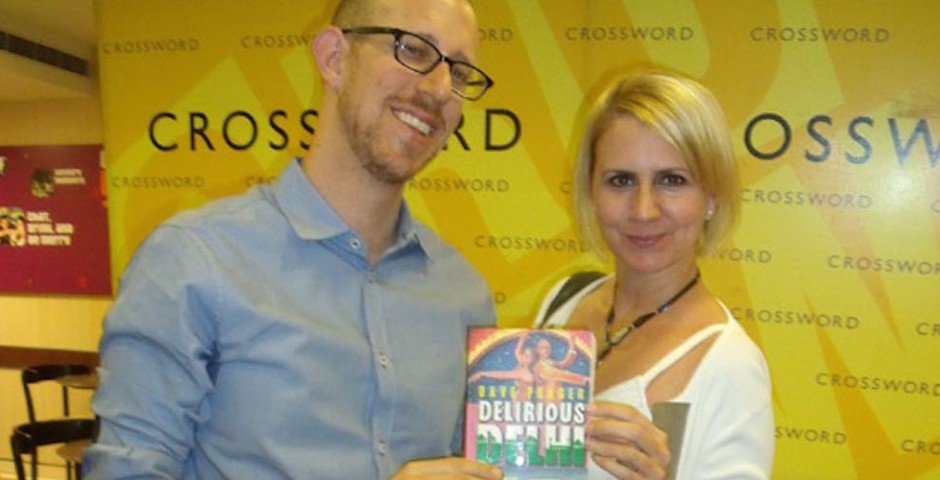 Although I can’t prove it, I swear that the cosmic universe is listening to my heart and sending me clear signals that I’m supposed to write a book. It’s something that I have been thinking about for a few years but in very broad terms. I even started writing the synopsis for one back before I moved to India but I never completed it. Since my arrival in Bangalore it seems like life is pushing me down the path to a book. The obvious first sign is that people other than my Mom and friends actually found and started reading my blog (I will never forget when my blog traffic went from my daughter, Mom, sister and 18 friends to 100s of visitors in a day…mostly from India…that was sooo cool!). I have the other writing gigs that popped up with a couple of websites (the-NRI.com is quite fun!) and my weekly contribution to the Bangalore edition of the newspaper DNA. Then two weeks ago I made friends with someone who is launching a book this month who is really encouraging and pushing me to write a book. And finally, last week I received an invite from HarperCollins to a book launch event for a fellow American who has just published a book about life in India.

Fate? Destiny? Who knows! However, I do know enough to understand that books don’t write themselves and that fate and the universe will only do so much. So I RSVP’d for the book launch event, designed myself a “writer” business card to give to the HarperCollins rep at the event, invited my wonderfully encouraging friend to come along… and went to my first-ever book launch in India. Now let me tell you, that in itself was quite an experience!

HarperCollins must have a partnership agreement with Crossword book store because the event was held in the strangest location imaginable in Bangalore. Not strange with respect to the venue. I mean, come on, a book store seems like an ideal place to hold a launch event for a newly published book. But strange in that it was in an area of town called JP Nagar that is so far removed from downtown Bangalore that most of us at the event had never even been to that part of town before. I am sure that the attendance numbers would have been very different if the event had been held someplace more convenient and central.

I was early and lucky to be one of the first people to arrive so I had the pleasure to sit and chat with the author Dave Prager, Sonia who is one of the real-life characters in his book who was also there, as well as the author Vikramajit Ram who was there to interview Dave. It turns out the one of my good friends here in Bangalore works with Sonia and Dave is friends with my girlfriend Sharrel Cook who just launched her first book (check it out here) and writes the blog White Indian Housewife and Barnaby Haszard Morris, a fellow contributor at the-NRI.com. The world is a funny place and it was delightful to discover just how small India can actually be at times.

Delirious Delhi is the name of the book and it looks fabulous! The book chronicles the real life adventures of two Americans, Dave and his now-wife Jenny, during their 18 months living in Delhi. I have my signed copy here next to me and can’t wait to dig in soon. After hearing Dave’s reading of only one page of the book I already know I’m going to love it! Here’s the link to read more about the book and the author: http://deliriousdelhi.com/

The event started on time, which was a pleasant surprise given that the running joke is that things always run on Indian Standard Time, which means a little late. The publisher had hired an 18-year-old M.C. (master of ceremonies) to oversee the event and armed him with a microphone, which might have been a mistake but you be the judge of that. He kicked off the event with an insanely long guessing game about how many times a certain set of acronyms appeared on a 10 Rupee note. The first minute or two or three it was okay and kind of fun because it loosened up the audience but it dragged on for almost 5 minutes and stopped being fun long before that. Dave suggested that he wrap it up a couple of times but the kid just didn’t listen.

Then he brought Dave up with an introduction but didn’t let it go at that…he wanted to read part of the forward himself and it was really painful to watch because he seemed to be trying to act a bit and not just read it naturally. I’m sure that Dave simply wanted to start his reading and then sit down for the one-on-one chat with fellow author Vikram. But the kid just kept going. Then when he was actually done with his intro and Dave wanted to start the reading, he called up Vikram and essentially postponed the reading yet again. It was really crazy.

Vikram spoke a few words and then suggested that he and Dave “unwrap” a copy each of the book, which is apparently tradition to symbolize the official launch of the book (I’m not sure if that is tradition here in India or everywhere though to be honest). After that he let Dave get to it thankfully but it was a really odd exchange with the M.C. before Vikram stepped in.

Dave read a hilarious passage from Delirious Delhi about how foreigners in India ignore other foreigners on the streets in order to feel a bit more like the only explorers to EVER hit India. It was really funny. He and Jenny fondly call this behaviour “Gora Evasion”. His depiction was so well written and poked fun at themselves in such a way that he had us all laughing! After that he and Vikram enjoyed a nice banter session which opened up a lot of interesting topics and gave some wonderful insight into the author, life in Delhi, the struggle of writing a book and much more.

But things got curiouser and curiouser, as Alice would say! Our M.C. looked like he was trying to turn the event into his show instead of the author’s. There were lots of people who asked questions during the Q&A session and after each one the kid would ask a follow-up question based on the response that Dave gave to the guest. And after Dave said “okay, one last question” …. our little M.C. took two or three more questions. Personally, I think that the publisher’s rep should have simply introduced Vikram and then let Vikram introduce Dave and that would have made for an improved event but that’s just my two cents.

I was so happy to have been invited and I am definitely so glad that I went. Dave’s story has really inspired me to get back at it and to start writing more again. If you follow my blog you’ll have noticed that I don’t write that much anymore compared to the almost daily blog posts I wrote when I first moved to India. I think that event came at the perfect time for me and I’m so thankful for that. This is now the 2nd day in a row that I am posting a new article. Yee haw!!

Now I just need a plan for how to turn Angela’s Adventure in Bangalore into a book 🙂 Suggestions are more than welcome.