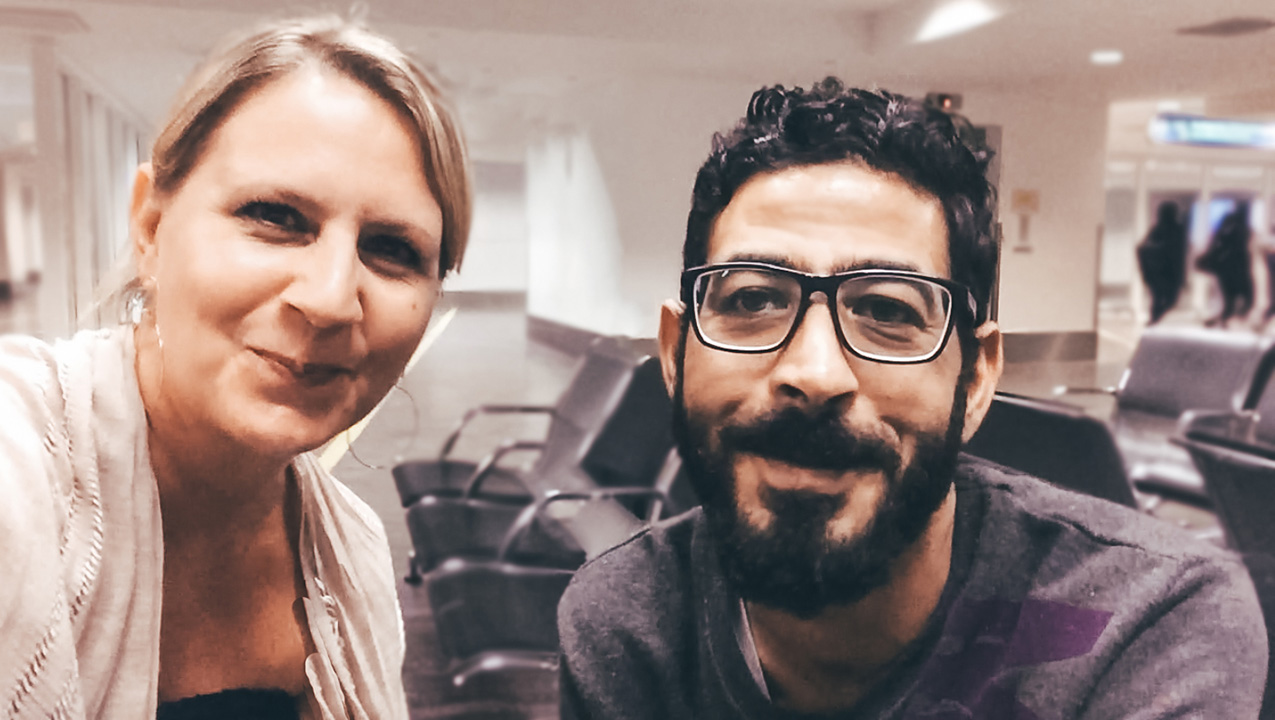 I am one of only 3 writers or journalists who has sat down face-to-face with Hassan al-Kontar, the Syrian man stuck living in an airport.  We met a week ago and the truth is that he and his story have changed my life.  Please take a moment to read the piece I wrote, published two days ago on Asian Correspondent, and please also watch the video below.

[Al Jazeera English, 24 April] Story on Hassan al-Kontar, sharing a clip from the above video

The day I met Hassan, there were only three mentions of him online, and one was from his own Twitter account.  Yet in the span of less than 10 days, he has appeared on BBC, Al Jazeera, Huffington Post, HBO’s Vice, CNN, and most every other major media outlet around the globe.  Today there are over 27,000 results for him on Google!  From the outside looking in it must look as though things are opening up for Hassan but as of this writing, there is still no real change.

Well, today is Hassan’s 46th day living in Malaysia’s main airport in Kuala Lumpur (KLIA2).  His story is an incredible one that is unimaginable for most of us.  Not many of us would handle the pressure of living in the arrivals terminal of a country’s busiest airport as gracefully as Hassan is managing it.  Listing to the sound of that ‘ding, dong, ding’ that plays before all P.A. announcements all day, 24/7 and never being able to tune it out.  And never knowing from one day to another if you’ll eat or get to wash up properly in the public restroom.

It’s a life that no one would wish for and that no one should endure.  At least the world is now watching and sending their love to Hassan with a message of hope that this chapter ends soon … with a very happy ending.