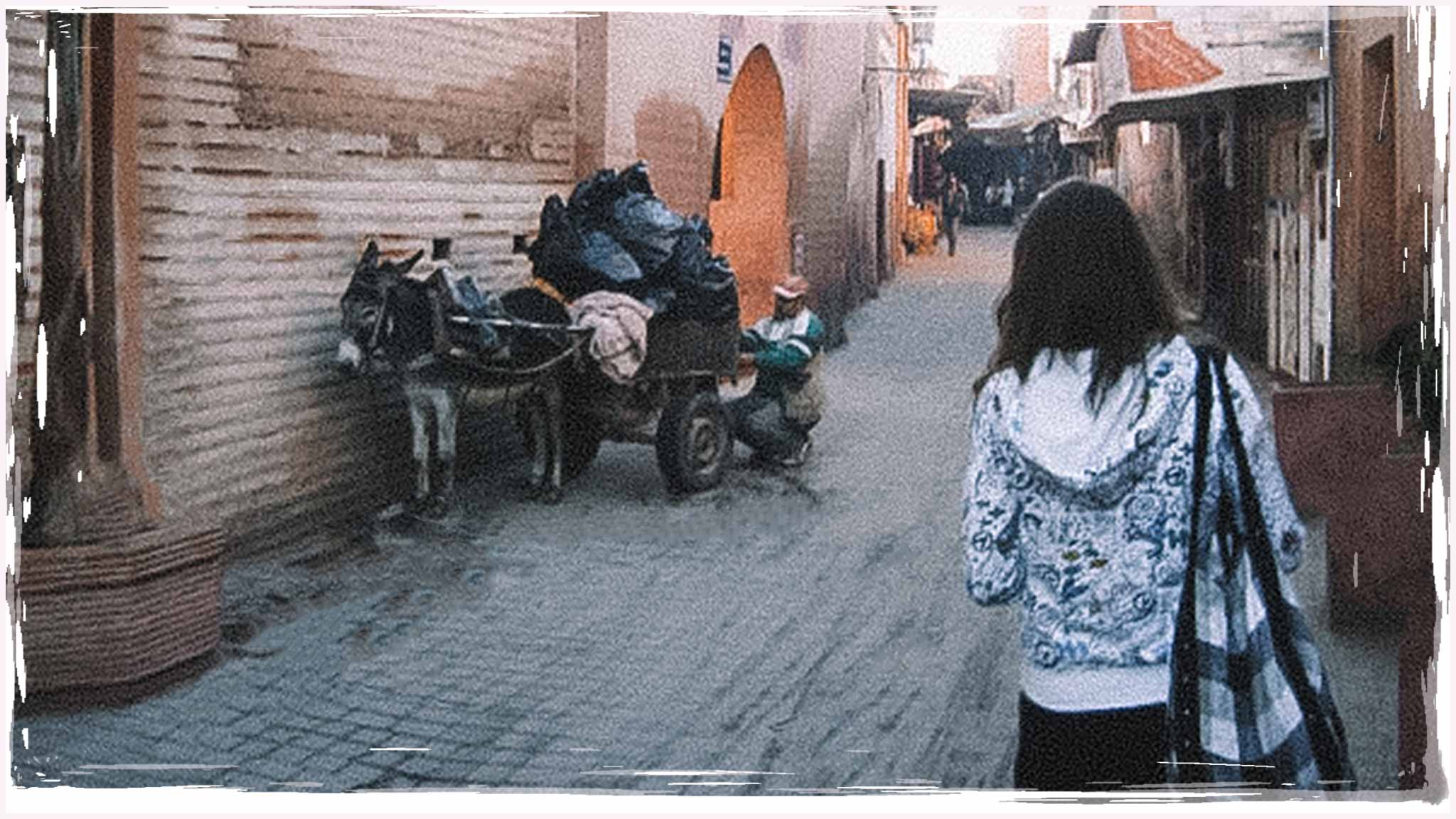 Whether it’s a restriction on personal freedoms or for health or economic reasons, not every young woman can do as they wish in life so I was lucky. The first time I travelled solo on a proper international adventure I was only 20 years old. I had been living in Newport Beach, working a 30-hour a week job while attending University of California, Irvine and I was burnt out. I wanted a break but none of my friends could go on holiday but I needed to go … like NOW. So I found a crazy cheap package deal to Puerto Vallarta, Mexico and took off for a week of fun in the sun all on my own. Thankfully I’m quite outgoing so I made local friends by day two and had so much fun during that trip that I ended up quitting university and moving to Puerta Vallarta two weeks later.

You can probably guess by that opener that I’m not inherently sensible, nor very disciplined. I’m impulsive and love change, and Mexico served up a platter of adventure that I couldn’t (or wouldn’t) say no to. I left one beach town for another, travelling from SoCal down through the Mexican desert, before arriving again to my new exotic home in paradise. It didn’t last long sadly. Mexico was pretty dangerous back then and I was attacked twice before deciding to move back home. But WOW was it fun and empowering, and if I could go back and do it again I would.

Up ‘til then, only long drives by myself had ever made me feel as independent and alive as those couple of months in Mexico. It taught me lessons, both positive and negative. And after that trip I felt like if I could do THAT on my own, that there wasn’t anything I couldn’t do.

As a California native I was brought up to believe that girls were equal to boys and that we could do anything they could. My mother never once told me that I was expected to get married or live any particular kind of life … except that I was expected to be able to take care of myself, to NEVER depend on a man for my existence, and to be a good person.

That isn’t something that girls from all countries can say, which is sad. In China there’s a huge expectation to marry young and “right” sadly. And whilst living in India, I saw that well over 90% (97% maybe??) of the girls there are taught that their value and their personal “worth” is judged heavily by the calibre of husband they’d secure. Those same girls would not be encouraged (or maybe even allowed!) to go explore the world and “find themselves” via solo travel because that would endanger their ability to prove they are virgins and a “good girl”.

However, with more and more girls from conservative countries attending university each year, I would like to believe that this is changing … but not quickly enough for today’s Indian girls in my opinion. It takes a special woman or young girl there to stand up to cultural norms in countries like that. But many of the girls who do it are blogging and sharing their bravery every step of the way to inspire a new generation of female solo travellers.

All a girl needs to solo travel is some common sense to stay safe, a little money, and an a spirit of adventure.

What I Taught My Own Daughter

As a single mom, she and I solo travelled (well, just she and I) around 12 countries when she was my little girl at home. Our first really wild solo adventure was a 10-day Christmas and New Year’s trip in Tunisia when she was eight. We took French and Arabic phrase books, rented a car, and explored the country on our own. It’s one of the Top 3 favourite trips of my LIFE. My daughter and I rolled with the punches, embraced the unknown, and I did my best to show her that the world was there to explore! It was 2008 and we were the only mother/daughter solo travellers we ran across in the country and that made me wildly proud for some reason.

The main image for this blog post is of my daughter in Marrakech, Morocco … walking ahead of me on one of our last trips together when she was still living at home. It was another Christmas and New Year trip for us and SO MUCH fun! Morocco truly is beautiful.

My daughter is now 23 years old and when I messaged with her a few minutes ago she was about to board a flight in Kenya, headed back to her job in Tanzania. We were living in India when she moved to the UK to attend university in 2013. From her first months alone in England, she started travelling solo to go visit friends living in other parts of the country. From there she took a nanny job in Italy for the summer and travelled solo around Italy and to Paris to visit friends. To this day I couldn’t be more proud of her if I tried.

Benefits of Solo Female Travel (at a young age)

I’m 48 now and still feel crazy excited and rejuvenated any time I travel. The year after the Mexico trip, I moved to Barcelona, Spain. Well, actually I bought a one-way ticket from L.A. to Amsterdam (because it was the cheapest flight I could find) and I then travelled down through France and around Spain by train before spending the summer working seaside, just south of Barcelona. I hitchhiked, walked at times, and discovered a lot about myself on that trip. I gained life skills I wouldn’t have learned if I had stayed in my protected and sheltered existence back in Cali.

Solo travel teaches girls (& women at any age!) that we:

Female Solo Travel At Any Age

Aside from driving from the east coast to the west, my mom hasn’t solo travelled. But she does come to visit me in every new country I’m living in and I’ll see that same spark in her eye that I have as a solo traveller. When I’m stuck working, she’ll go on day trips, which for my mom is quite the adventure. Hong Kong has been her favourite so far, or maybe Bali. But it just goes to show that solo travel adventures are not just for the young.

In fact, I’d say that being young at heart is one of the requisites for solo travellers. Certainly, being open to living in the moment, embracing spontaneity, and trusting that everything’s going to be “OK” helps a lot! As women, we still need to keep our safety in mind but fear can never hold reign over our travels

Tags: benefits of solo female travel, female solo travel blog, girls should travel solo, how to travel solo and stay safe, what I taught my daughter about solo travel

The Beautiful Way I See Muslims