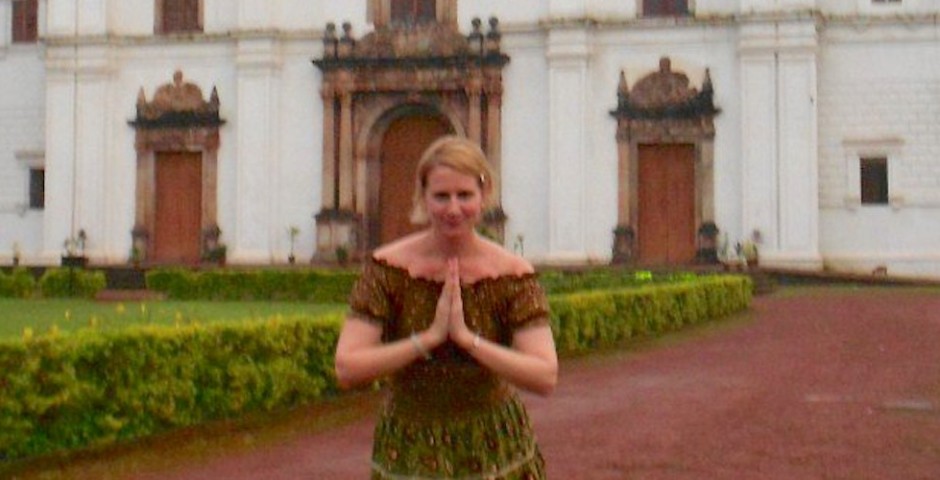 So if you actually know me or follow my blog then you know that I packed up my life and moved to Bangalore just over 2 months ago from Barcelona for a new job as a chief officer at a services company. I was so excited. The interviews back in March were things of chemistry and – from what I thought at the time – destiny. And they were. But in a much different way than what I ever could have imagined.

You see, last week I went from losing the one job I moved around the globe for to literally being hired again somewhere else…all within the span of 4 hours. No joke…I was told that I had 30 minutes to leave my job without any severance ….yet the universe was there looking out for me. Okay, haha, maybe not the universe but my new BFF India was looking out for me…along with a few real human friends too…so for that I say I love you! Thank you, beautiful universe, amazing India, and lovely friends!!!

When I moved here the idea was that the company I went to work for would be opening up offices in 14 new countries over the span of the next two years, which made my profile a good fit to help penetrate those markets. However, the strategy of the company changed recently so my profile is simply no longer a good fit. Over the past month I have concentrated on work meant for a more junior profile, making it quite obvious that I was hired too soon for the needs of the company. When I got the news that I was going to be let go, I immediately began my usual job search routine, and that is where fate and destiny played their wild card in my life.

C’est la vie, as my sweet French mates say. Or as Mom says, “everything happens for a reason.” When one door closes another one opens. And what a fabulous door opened for me! Only two short hours before my job ended, a buddy who I see around at parties rang me out of the blue for the first time. His friend needed help with PR and marketing for two different projects and he asked for my LinkedIn profile. A few minutes later I received an invite to meet them after work at Ice in the Taj to learn more about these projects. The description I was given was really vague but one of the keywords that caught my attention was “Cricket” … which sounded very “when in Rome” for here in India so – hell yeah – I went. And thank goodness given what happened two hours later with work, eh?

Turns out that I have been given a really FUN opportunity to help out with a diverse and exciting assortment of projects and businesses – two of which I have started on already. But I will just tell you about one right now…and in a vague way so as to not mix the funky old job story with the fab new job announcement. As of last week, I am now working with a franchisee of a regional cricket league and his team, which has been without PR support since the league started. Well, the team has a couple of great agencies helping with events and promotions but there hasn’t been someone dedicated to building the brand and that is where I have happily stepped in.

I have a lot to do in a short amount of time. The player auctions take place in 10 days and then the league starts up the 1st of September. Basically, it’s a dream job, guaranteed to be a TON of work with long hours but fun as hell, with parties and events and promotions happening non-stop! Bring it on!! I mean, who wouldn’t want to support the brand and initiate PR activities for an Indian cricket team? And having front row seats to a world where it doesn’t matter if you are young or old, rich or poor, what religion you are or if you are a man or woman. Cricket breaks down all boundaries and unites people. I love that. Now what I don’t love is that the only blondes I saw were the team cheerleaders but I suppose we can baby-step that topic…I guess Rome wasn’t built in a day 🙂

For the next few months I am living the PR dream in India. How lucky am I??? I need to sort myself out some super sporty trainers, sunglasses and tracky bottoms because I doubt my typical dresses and heels are going to work out well for me at the stadium!! haha!

You know what? The best part of this whole transition was when I was faced with the harsh reality of changing jobs I never once thought about moving back to Barcelona or L.A. For that I can proudly say that India is now my home. The mosquitos are really pissing me off lately and I still detest the horn honking with a passion. But I can’t imagine being anywhere else than Bangalore today.

My Expat Story: One Year In Bangalore, India – Relationships

Angela’s Indian Visa Shuffle in the USA: Tips on How To Apply and Avoid Delays via BLS International