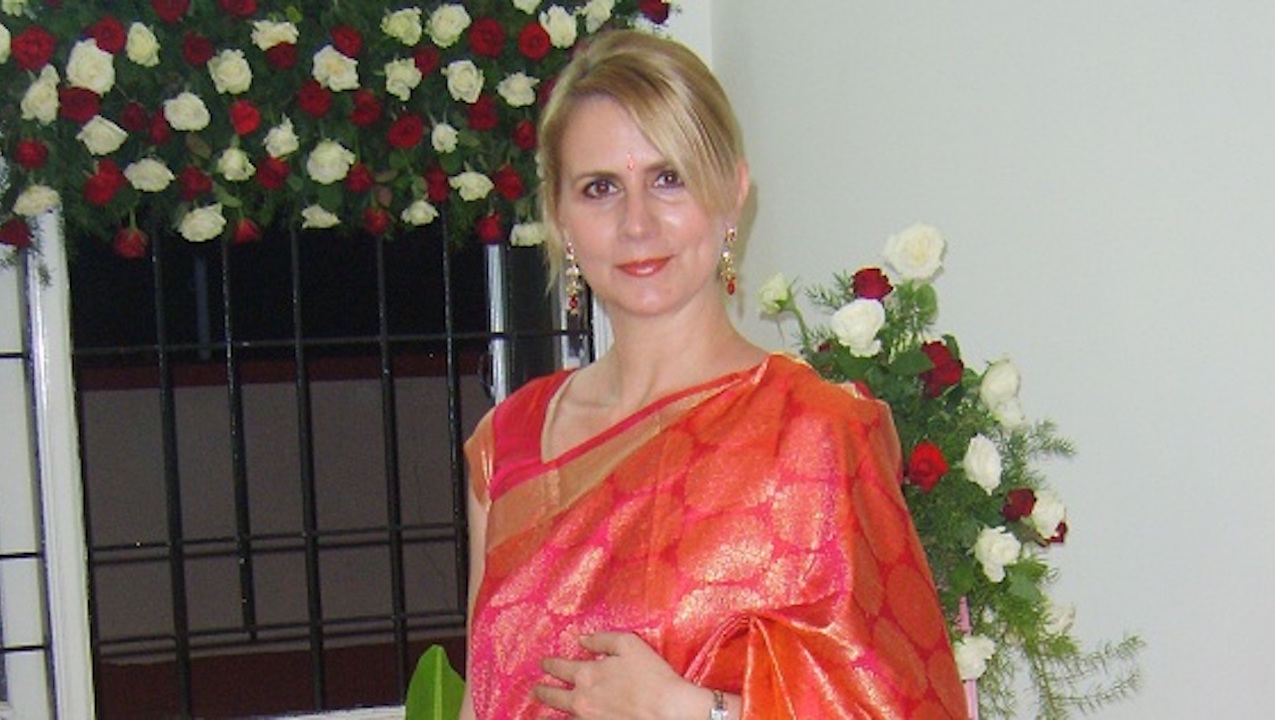 Anyone who has visited or lived in India knows that there is one truth that must be embraced above all others >> that India is a land of contrasts. I lived there for about three years … and was subsequently blacklisted from the country like a terrorist or criminal for the next five years over a paperwork issue that they refused to correct. I’m on year four if they stick to the five year blacklisting and I’m looking forward to returning next year for a visit to see my friends and explore the country as a tourist for the first time.

Well, this week is the birthday of my dear mate Joshi. He was my +1 at more events and parties than I could honestly count … and a good friend who made my time in India truly special. We exchanged a couple of messages this week and Josh asked when I’d come back to visit and for some reason India was all I could think about after that.

It happens from time to time. I’ll get that India bug. It happens to my daughter as well, who was there for the two years of her I.B. program before leaving for uni, and her moments of nostalgia generally end in butter chicken and naan.

Mine, on the other hand, end in a blog post and too much wine. And that’s where we are tonight. I was trying to think of what I wanted to say in tonight’s ‘I Miss India’ post. Sadly as more time passes, I seem to remember the worst of it with stronger emotions than I do the good. It’s not intentional and I don’t know why that’s the case but it is true. I’m angry that I lost my life, my new company I had fought to build in Bangalore, and my cats who had followed us from Spain. I’m hurt that the one love I had could never tell his parents about me because … I was me. And I’m saddened that I remember the constant stream of sexual molestation and degradation more than anything else lately.

So tonight, I’m sharing the #1 thing I hated about living in India >> that (generally speaking) women are 2nd class citizens.

My Sexual Assault Experiences in India

It didn’t take long for me to be groped on the street for the first time. My friends and my driver Shiva had always warned me not to walk out on my own after dark. I had stuck to that until one night when I really, really wanted to run to the newsstand so I took off at dusk. After coming up behind me and running his hands across and squeezing my backside, he blocked my way and wouldn’t let me pass. Luckily there were two ladies across the street who saw what was happening and came to my rescue. They pushed me to move on while they hit and yelled at the man who changed my perception of India forever more.

The next time it happened was in a mall as I was simply walking. A man ran his hands near my breast and across my shoulders and back as he was walking by, just for his pleasure. I was too shocked to do anything and just kept walking.

The next time was in the Taj Hotel on MG Road while I was taking photos at a party. A man walking past me cupped my breast and kept walking. This time I was smarter and wasn’t taking any of that bullshit. I had blogged about the first time I was groped and dozens of Indian women schooled me on how to behave next time. I walked right up to him, pushed him, and asked him what the fuck he was doing! He was shocked to say the least. The security guards knew me, saw what was unfolding, and came up immediately to help. I told them what he had done and they immediately kicked him out and banned the guy.

Then there was the pervy guy who cornered me in a the swank rooftop bar Skyye and told me he wanted to lift me up onto the bar and spread my legs and … sadly he then went into gross detail about the disgusting things he had in mind. Again, I was sort of shell-shocked. He knew the group of locals that I was with yet he didn’t care.

I was groped or had some kind incident like that at least once a month.

And so did my sweet teenage daughter. But she didn’t tell me about it until the very end because she didn’t want me to worry about her and curb her social life (which I would have done).

The Truth of Privilege in India

What my daughter and I experienced – with our privileged existence, with the safety of having our driver Shiva, and with living in a nice neighbourhood – is nothing compared to what MOST Indian women face every day. We were sheltered from having to walk great distances and from dealing with the constant sexual abuse on public transportation. We didn’t have to worry about the consequences of how we dressed because we generally went from door to door. We were lucky in India.

I was living in India when the infamous Delhi gang rape tragedy occurred. I had a newspaper column at the time and spent a week researching my piece on this horrific attack (although it only ended up on my blog and not in the paper). I learned truths that can never be forgotten or unseen. I know that every country has disgusting, vile men who feel it’s their right or in their power to sexually abuse women. These men strip away the innocence of the girls and women they violently attack, with zero regard for the trauma and destruction of the life that their actions will carry.

I know that sexual assault doesn’t only happen in India. I AM NOT SAYING THIS DOESN”T HAPPEN EVERYWHERE because it does (and it is worse in some countries). But what’s disgusting and unique to India is that:

I realise that ‘women as property’ as a concept is not 100% to blame for the above sexual violence. It also comes from India’s repressed views of sexuality, it’s lack of equality for women, and soon it will be exponentially worse from pure desperation as the gender gap grows due to years of gender selection and preferring a boy child to a girl.

In India, because I was unmarried, I couldn’t open up a bank account or contract my mobile phone service without listing my father’s information on my forms. They wanted his signature as well but my dear father is no longer with us so generally a manager’s approval was required and it caused a bit of a kerfuffle. It is (or was at least in 2013) unheard of for a woman to open an account on her own merit in India.

Additionally, it doesn’t help that women to this day are still often married off with dowries. I attended a wedding where there was a very impressive dowry that changed hands. The bride’s family paid 100 sarees, half of a car, a ton of gold, and much more. The family was a very upstanding family and I was a friend with them, they were good people. But this practice of bartering goods for a wife only perpetuates the idea that women are property. Imagine that level of mentality in a village where they’re bartering a child bride for goats. It happens every single day and it must end.

Change Needs to Start With Men

Without fail, every time I write a post like this, countless Indian men try to justify it by stating that this happens everywhere. But that’s the thing. It doesn’t happen everywhere. At least not in my experience. I was NEVER ONCE stared at, touched, or made to feel unsafe while living in Hong Kong or China. Not once. And during the 12 years I lived in Barcelona, Spain – taking the cramped ‘packed in like sardines’ commuter train and underground metro every day where we all touched during rush hour – I was never groped or stared at once. NOT ONCE. Oh and here’s a #funfact: in Malaysia, the only 2 negative encounters I’ve had with men in the past 18 months were by Indian Malays, which broke my heart to realise after having brushed off the 1st time as a fluke.

It has been a while since I’ve had hate mail and angry comments but I’m bracing myself for it on this post. If you don’t know who I am and you’ve happened upon my post, go to my blog and read all the beautiful posts I wrote about my amazing life in India before judging me for having lived MY EXPERIENCES at the hand of some Indian men who didn’t respect women.

I know that most men in India are good people, who treat women with respect, and who would never do any of the disgusting things that I’ve just recounted. I’m sure I’m not talking about you. I was fortunate to work with a local outsourcing company there that treated women as equals (truly, some teams had a 50/50 men-to-women ratio of employees, it was awesome). And the Indian men in my life were a joy – modern, liberal, respectful, and kind.

So just know, when I look back on my time in Bangalore, it saddens me that the treatment of women is what I remember most. As for what I hated most in other countries, in Barcelona it was frustrating, pull-out-your-hair customer service. In Beijing it was pollution. Hong Kong it was the expat scene. And so far in Kuala Lumpur … well, I’m still in my honeymoon phase and don’t have any complaints to be honest, (plus it’s my favourite city since Barcelona).

India is a land of contrasts and I’m sure that next week I will more clearly remember the beautiful side of my life there again. But today my heart is with Indian women and hoping things change for them soon. No more dowries or child brides. And definitely no more rape victims being made to feel like they’re a source of shame. Indian women deserve to be safe, equal, and free … and to enjoy the same basic human rights as men.