It seems blissfully fitting that today is now officially the first day of the rest of my life because today is the day that the greatest joy in my life arrived 19 years ago when my daughter was born. While she has been enjoying her very first house party in her own apartment in the UK tonight, I relocated to Hong Kong! She is simply the best thing that ever happened to me and I’ve really missed her since she went off to uni a year ago, leaving me empty nested. So it feels ‘right’ for lack of a better term that this new chapter of my life should begin on the same day that the best part of my life began back in 1995.

So I woke up insanely early today and was out exploring the city just after breakfast and I was so excited to learn a few little unexpected facts about life here compared to Beijing (which was my only real point of reference for eastern Asia):

And as my first day in my new life officially comes to an end, Asian fusion chillout music is playing, the sun is setting over Hong Kong and I am fortunate to have a bird’s eye view on the harbour as I’m sat in the bay window of my hotel room on the 22nd floor typing out this first blog post.  A man massaging my feet right now would really round out the day nicely but I don’t see that happening!

© 2014, Angela Carson and Angela-Carson.com. All rights reserved. Do not copy and reproduce text or images without permission.

Is Inequality To Blame For Outrage Over Aishwarya Rai’s Post-Baby Body? 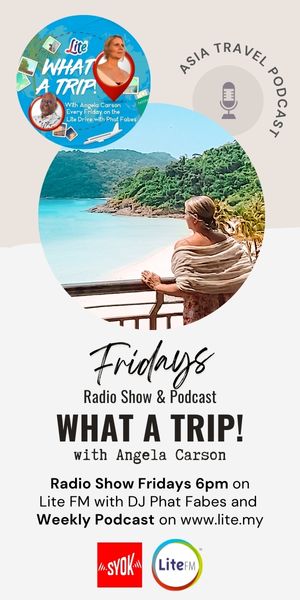